A total of 240 people participate in the presentation of the D.O. Monterrei at the Casino of Madrid

The wines of the D.O. Monterrei come to ‘Espai Verema Valencia’

More than a hundred participants in the space of the D.O. Monterrei in ‘Espai Verema Valencia’

The promotional action of the Denomination of Monterrei in the Casino of Madrid, the first made outside Galicia this year, has gathered 240 attendees, among which were members of the entity, sommeliers, representatives of the catering sector and specialized media.

Throughout an entire afternoon, those attending this initiative, have made a visual, olfactory and gustatory journey through the territory of Monterrei through the red and white of the denomination. In addition, they have known first-hand the wine tradition and history of the area, soil and climatic peculiarities, grape varieties and typology of wines, in addition to elaborations or the importance of rock presses, among other issues. Also, during this trip they were able to taste wines made by bottling wineries of the Denomination of Origin Monterrei. On this occasion, the wineries participating in this initiative were: Ladairo, Pazos del Rey, Gargalo, Castro de Lobarzán, Crego e Monaguillo, Terras do Cigarrón, Triay Adegas de Oímbra, Terrae Monterrei  (Adegas Terrae),  Pazo Blanco Núñez (Tapias Mariñán), Fragas do Lecer, Manuel Guerra Justo (Vía Arxéntea), Alba Al-Bar (Daniel Fernández), Trasdovento, Fausto Rivero Pardo (Quinta Soutullo) and Manuel Vázquez Losada. 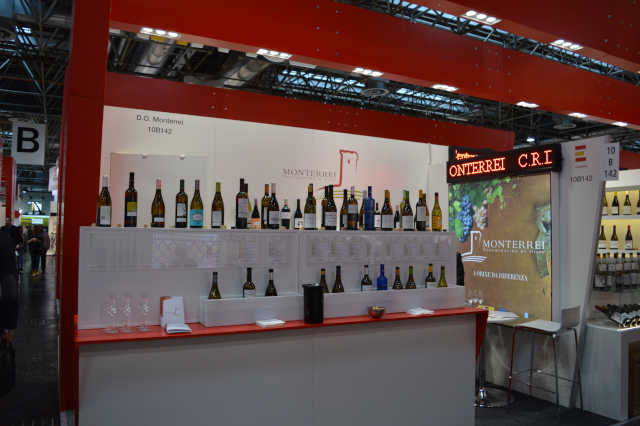 The wines of 22 wineries of the D.O. Monterrei will participate in Prowein

More than sixty participants in the last promotional action of the D.O. Monterrei in Bilbao

The wines of the D.O. Monterrei travel to Bilbao