The wines of the D.O. Monterrei are presented to professionals of the Horeca Canal in Santander

The D.O. Monterrei at the Vidivinos Showroom in Santander 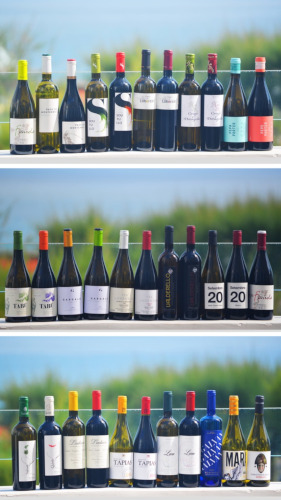 The city of Santander has hosted the latest promotional activity of the Designation of Origin Monterrei, in which more than 60 professionals from the Horeca channel and the distribution sector have participated.

This is the second time that the D.O. Monterrei is part of the ‘Vidivinos’, after participating in the showroom in Alicante, and all with the aim of making known the wines that are produced in the denomination, strengthen the brand image, promote direct marketing between distributors and producers. Sommeliers and hoteliers from establishments such as El Cenador de Amós, El Nuevo Molino or Restaurante Ronquillo, as well as part of the board of directors of the Association of Hospitality Entrepreneurs of Cantabria, have approached the area of the denomination, members of the Association of Sommeliers of Cantabria, among whom was Alfonso Fraile, or representatives of media such as Lucía Reguilón of Influyentes Cantabria.

Those attending this initiative have received information about the soil and climate characteristics of this wine-growing area, its tradition and history, as well as grape varieties or wine typologies. They have also been able to know the peculiarities of the wines of the 17 wineries that were present in this promotional action: Ladairo, Pazos del Rey, Gargalo, Castro de Lobarzán, José Luis Gómez Ibáñez (Valderello), José Antonio Da Silva Pereira (Vinos Lara), Crego e Monaguillo, Terras do Cigarrón, Terrae Monterrei, Pazo Blanco Núñez (Tapias Mariñán), Manuel Guerra Justo (Vía Arxéntea), Pazo de Valdeconde, Tabú, Alba Al-Bar (Daniel Fernández), Trasdovento, Fausto Rivero Pardo (Quinta Soutullo) and Manuel Vázquez Losada.
“We closed this last action with Vidivinos with a satisfactory result, since they have been interested in Monterrei a significant number of distribution professionals and Horeca channel,” highlights the president of C.R.D.O. Monterrei, Lara Da Silva, “without forgetting that Santander is a fixed city in our calendar of promotional actions, being a market in which the D.O. Monterrei is well received”.